When figuring out what could be wrong, you need to divide the problem to conquer it. Remove all sensors from the hub, so that you can rule out that the problem is with the sensors.

After the VegeHub has been configured to talk to a desired server, it will periodically contact the server, and send its data, according to it's sample rate. Whenever it sends an update, it will blink the green LED. If it is unable to connect to the server, or if there is some other problem, it will blink the red LED instead. 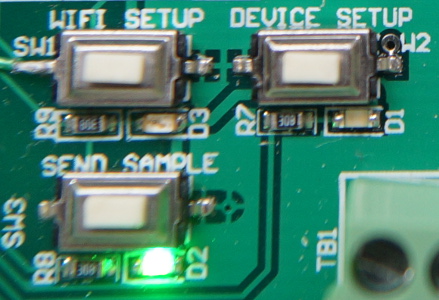 You should be able to see data on the server websites, as updates are sent.

Make sure you trim any wires going to the terminal blocks, so that they are fully covered with insulation, as shown in the diagram below. If you don't trim the wires, they could short together if the wire is twisted at all.

Make sure your router is not blocking the VegeHub with any firewalls.

If you have more than one router on the network, make sure that they two router's DHCP have not fallen out of sync.

There are three LEDs on the VegeHub/VegeSprinkler, These will turn on or blink in combinations, depending upon the state, or error code of the hub. To view their meaning see the Diagnostic LED Guide.